The overall differences between both datasets are huge in terms of detail, and this difference can be really appreciated by comparing the same zone in both protoypes. This screen capture of the area around Poboleda, a small town in the wine making zone of Priorat, serves as a good example: the terraces are almost invisible in the 5m DEM but very present in the 2m DEM. 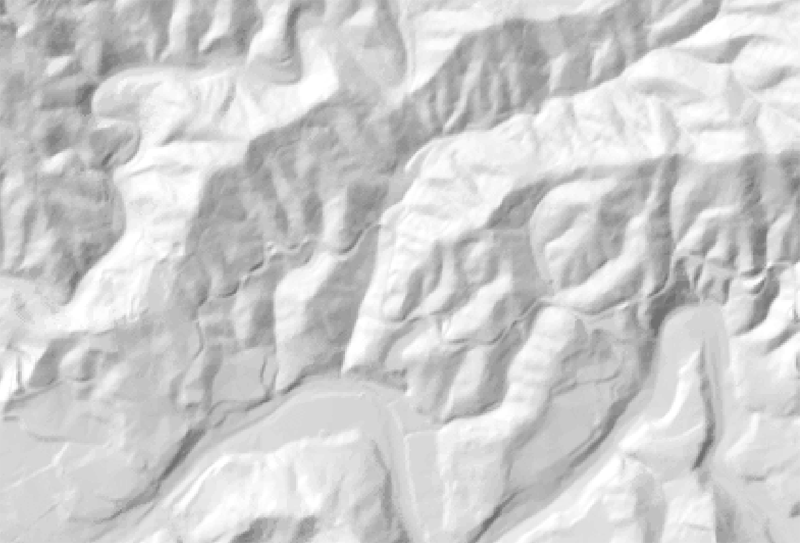 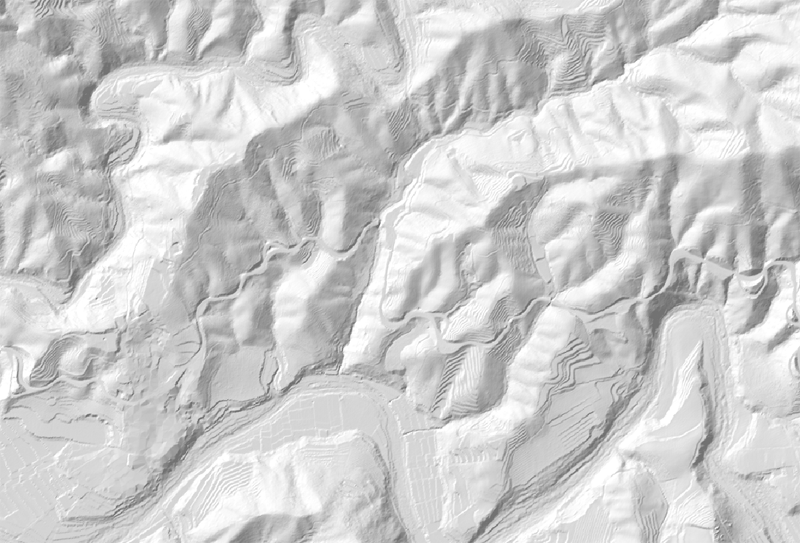 A Geotiff file was converted from the VRT (virtual raster) assembly of all the ASCII grid files using GDAL [4], and then this Geotiff was imported into L3DT software [5] in HF2 format to generate the normal map.

As a result of the L3DT process we had a huge pile of small PNG tiles conforming the normal map, and we have created a simple node script, TileGluer available in our GitHub [6], that assembles this structured panorama into a single image. This PNG image is in turn converted back to Geotiff and then processed to generate an mbtiles file to be served online.

All this work would not have been possible without code and samples from Mapzen [7], spheric light map from Tim Sinnot [8], the contributors to GDAL, Aaron and his excellent terrain tool L3DT and the hard working people at ICGC who produced the data.